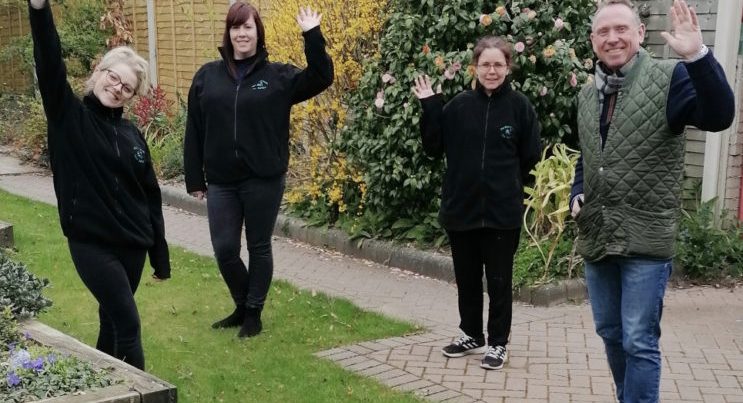 Peter Ward and some of the team at Bournemouth Day Nursery. By Andrew Diprose, Editor  editor@dorsetbiznews.co.uk

That’s the message from Bournemouth Day Nursery which has places available for key workers looking for childcare.

Key workers, as designated by the government, are reported to have had difficulty finding suitable childcare according to national reports.

As a result, they’ve had to remain at home looking after their children, crucially removing them from the frontline.

But Peter Ward, pictured left, who owns Bournemouth Day Nursery with his wife, Natalie, said no such problem existed with them.

Even though the nursery has furloughed 33 of its 40 staff, and is currently looking after about 20 children instead of its normal 135, up to 40 additional places are available for key workers.

Peter said: “The government has announced that nursery funding for three and four year olds, and some two year olds, will be maintained.

“Some nurseries have closed on the grounds of viability in the current trading environment.

“However, the government’s nursery funding together with the Coronavirus Job Retention Scheme and current key worker and retainer fees from parents who are not key-workers, allow us to remain open.”

Peter stressed Bournemouth Day Nursery was open to new key worker parents on a temporary basis during lockdown and without registration fees or notice penalties.

Also funding for three and four-year-olds, and some two-year-olds, will continue to be paid to any key workers’ existing nursery provider as well as Bournemouth Day Nursery on a temporary basis.

“Their nursery will not miss out and, of course, once the lockdown measures are removed then the key worker’s previous childcare arrangements can resume,” he said.

Bournemouth Day Nursey was started in 2006 and has two sites – in Lansdowne Road, Bournemouth, and Talbot Woods.

Currently it is operating at the Talbot Woods location.

As part of its commitment to the community during the current crisis, it is providing free access to its weekly home learning programme.